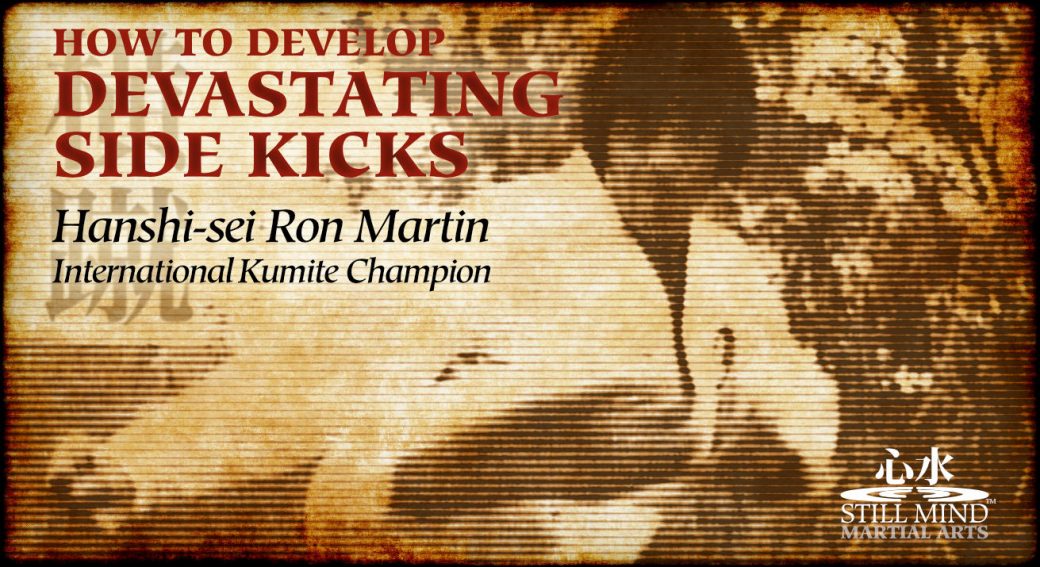 Today we have a very special treat for our followers. We’re honored to present an article by Hanshi-sei Ron Martin – International Kumite Champion, about how to develop devastating side kicks (yoko-geri). Hanshi-sei’s expert tips are based on his decades of fighting experience and have been battle tested through thousands of kumite matches.

The following article was derived from an email Hanshi-sei Martin had originally sent to a karate instructor to help his students, so it assumes you already know how to perform a basic side kick, yoko-geri. Hanshi-sei has graciously allowed me to lightly edit the content for presentation to our blog readers.

How to Develop Devastating Side Kicks

The following tips are intended to help karate teachers, and their students, learn how to develop a devastating side kick.

What NOT to Do when Practicing the Side Kick

I want to start off by stressing two things you should not do — must NOT do!

Any other stance will require an excessive amount of time just to get the kick into the chamber, to start the kick on its way to the intended target. The delay will allow the opponent to see the kick coming from a mile away. It is almost impossible to get the leg into the proper chamber position from any stance except a side stance. The only way that the kick can be properly chambered from any other stance, is to first contort the body into a sideways position. This contortion is the reason that the opponent can see the kick coming. There is no way on earth to perform this maneuver to successfully deliver the kick, on time, and on target, to an attacking opponent!

Why, if we know that we are going to utilize a side kick, (we do have a plan, do we not?) would we not already be in a stance that will facilitate getting into the proper chamber position, in a blink, with no contortion and no tip-off or telegraph to the opponent?

Included in those options you have to multiply by the fact that you could use any of them while either attacking or defending. There are also hand techniques available for use from a side stance.

Are your students versed in all these applications that are available from the side stance? If not, why not? If they understood all the advantages fighting from a side stance can afford them, they may well try to develop more than one stance to fight from. Then they would not be as predictable. Would they? One more thing about the side stance… the student can double his/her options by simply putting the left leg as the front leg, instead of the right leg! These are just some of the options that a side stance offers, for a start.

If your students become competent, fighting from a side stance, as well as the front or three quarter facing stance, they will learn what the dangers are. Then they will know what to watch for if they encounter an opponent that chooses to fight from the side stance.

Three Options for Side Kicks

Whew, all this, and we haven’t even started on the kick yet. From the side stance, there are only three ways to deliver the sidekick. This fact helps keep the options for your students to a minimum and keeps it very simple.

1 If they can execute a sidekick very quickly (from the floor to the target at the middle of the opponents body) and deliver it with enough power to stop the attacker in his/her tracks, then they can stay right where they are. This is a defensive side kick where they hold their ground, without gliding back or forward, and time the kick so that it hits the attacker on the way in at the proper time and target.

I do want to take some time to explain how the kick must be done. All these elements must be done before you can determine if the student has a quick enough and strong enough side kick to deliver it while being attacked and remaining in place.

Let’s talk about the proper side kick chamber first. The chamber is critical, and applies to all three versions of the side kick. You must at all cost, prevent the student from lifting the kicking leg straight up off the floor, from its side stance position, and thrusting the side kick out from there. This error will not allow the student (or you) to have enough distance to generate either sufficient speed or power. The front kicking leg, must draw back to the rear leg’s position and the sole of the kicking foot must travel up the rear leg until it is in the proper chamber. Then it is thrust forward into the target. If the student can only get the kick off in time by lifting the kicking foot directly up from where it is, then they are not kicking fast enough to use this stay in place and catch them on the way in method. In that case they should use option 2 described below.

One more essential thing that the students must do, every single time they practice side kicks or use them in sparring, is practice proper alignment. They must have a straight line from the foot, all along the leg, and most importantly, their back must also be in a straight line with their foot and leg. They accomplish this by thrusting the hips forward while sending the kick on the way to the target. Do not let them bend forward from the waist when doing a side kick! They must be in a straight line from foot to neck. Also, it goes without saying, that they must execute this technique with good arm position.

2 For students that don’t have quite enough speed to just stand there and get the kick off in time, you have them glide back as soon as they see the attack coming. The rear foot moves to the rear first. While they are moving to the rear they are pulling the front foot and leg all the way to the rear leg. Then slide the sole of the foot up the rear leg and into the chamber before thrusting the side kick into the attacking opponent. Make sure everything is done the same way in all three options, and that includes the straight back position. This glide to the rear gains time for the slightly slower student. It also sucks in the attacker to get his/her body ahead of their feet so they become more vulnerable. Hand and arm position must also be correct!

Remember, in all three options, they must take a full chamber. No short cuts!  They must have a straight line from their foot to their neck. And lastly, they must have proper hand and arm position when the kick lands! If they add these side kicks from the side stance to their existing arsenal and combine it with a good back fist, they will be tough to beat. Slowly add the other techniques that can be executed from the side stance, and they will be a handful for even the best of fighters!

Well, that’s it! If your students practice these tips just as I have described, they will develop devastating side kicks.

Hanshi-sei Martin was inducted into the Pennsylvania Karate Hall of Fame in 2018 and received his Judan (10th Degree Black Belt) in 2019. These days he shares his vast experience in seminars and with dojo owners nationwide. 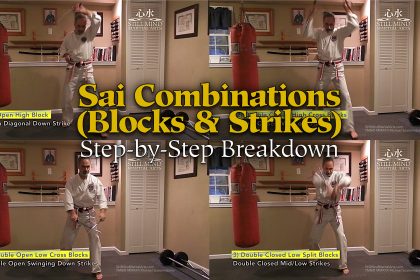 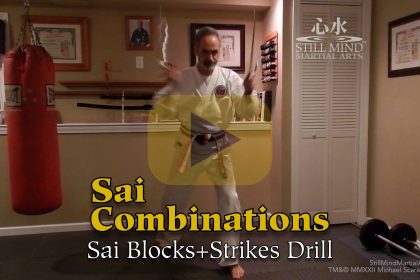