In the above video I show an abbreviated session of an intermediate sequence of standing meditation Zhan Zhuang called the Full Circle as described in the book The Way of Energy. The video is abbreviated because I only held each position for about one minute (about ten slow breaths each) so as not to bore viewers to death. I normally hold each position for about five minutes (about 50 slow breaths each) so the whole set usually takes about 30 minutes daily. Practicing Qigong outside in the fresh air and sunshine is especially relaxing and refreshing.

The Zhan Zhuang Full Circle begins and ends with the Wu Chi position. It then moves through a series of other positions which sink into deeper stances and then rise back up until you return back to the beginning Wu Chi first position. The individual positions are shown below and will be further detailed in future blog posts. So stay tuned!

The following Zhan Zhuang positions are shown in the order they are done in the Full Circle sequence, as denoted by ‘#)’. In the Full Circle sequence each position is held for five minutes, starting and ending in Wu Chi. The individual positions are first learned in the order denoted by ‘Number Position.’ Start with a minute and work up to 20 minutes before moving on to learn the next position, until you reach the Fifth Position. The Fifth Position is the most difficult in this sequence and only held for 5 minutes. Once you reach that level you can then practice the Full Circle sequence, shown below, holding each position for 5 minutes for a total of 30 minutes.

The Zhan Zhuang Second Position – Holding the Balloon is the second position in the Full Circle sequence and also the Second Zhan Zhuang Position that you learn. The knees are bent enough to lower yourself about 2″. The arms are held up as if hugging a large exercise ball with the hands in front of your shoulders.

The third position in the Full Circle is actually the Fifth Position learned because it is the deepest in the sequence. The knees are bent enough to lower yourself about 8″. The arms are held at the same position/height as in the previous position Holding the Balloon but the hands are turned outward and raised to face level.

The fourth position in the Full Circle is also the Fourth Position learned. The knees are bent enough to lower yourself about 4″. The arms are held out to your sides with the hands palm downward about waist level as if standing in a waist deep stream with your hands on the surface of the water.

The fifth position in the Full Circle is the Zhan Zhuang Third Position that you learn – Holding Your Belly. The knees are bent enough to lower yourself about 2″. The arms are held out and forward with palms facing your body as if holding a huge belly.

The final sixth position in the Full Circle returns back to the original Wu Chi First Position.

For some extra relaxation and fun you can even practice the Zhan Zhuang Full Circle Qigong set in water. The low stances are much easier in the pool of course because of the buoyancy. Practicing Qigong in water helps you feel the buoyancy that you are trying to replicate when out of the water. 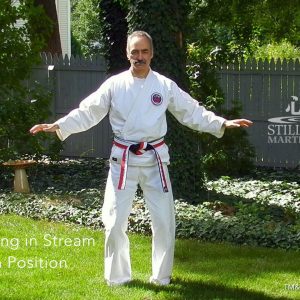 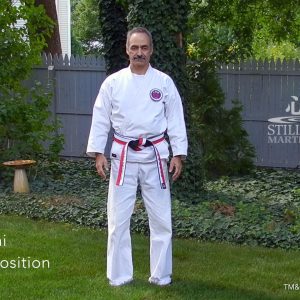 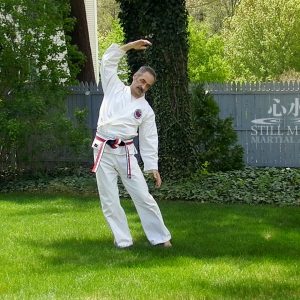 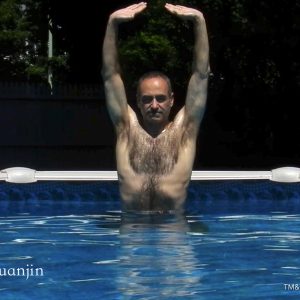 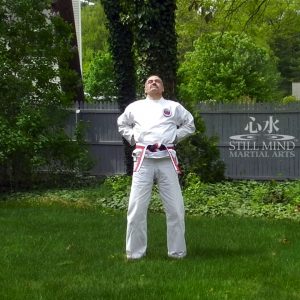 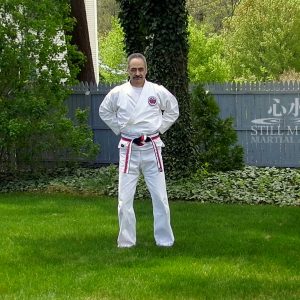 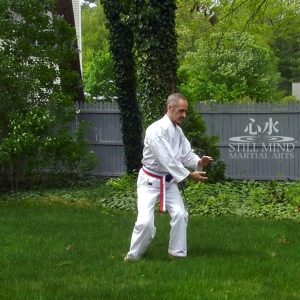 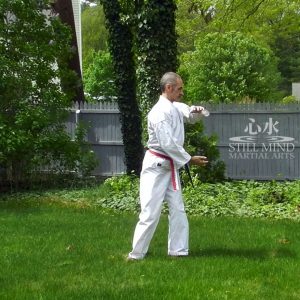