The above video shows a practice session of the basic kobudo bo drill, Fuso Kumi Bo. I shot the first portion of this video in the fall of 2020 with my son in our backyard. It is easiest and safest to practice kobudo, especially with the Rokushaki Bo (6′ staff), outside where there is plenty of room. Outside you don’t have to worry about hitting walls, ceilings, or items in your home. Just be sure to practice safely, far away from anyone who may wander into your practice area.

Fuso Kumi Bo is a two person agreement drill featuring a series of moves from the basic bo form – Kata Fuso. It is useful to practice the moves from the kata in the two person drill in order to work on kamae (fighting posture) maai (distance), sen no sen (timing) and zanshin (awareness). It is also useful to periodically video your practice sessions in order to review your performance and continue to improve. As such, this video is intended as a work in progress snapshot in time rather than as a perfect example. There are a few minor glitches in the practice video that will be pointed out in the step-by-step breakdown below.

Here is a cleaner performance of Fuso Kumi Bo from my more recent Kobudo promotion in 2021.

The above video is a special bonus. It shows a performance of Fuso Kumi Bo in a free ranging freestyle approach, rather than the normal linear back and forth from the formal drill. This video was filmed in 2015 at the dojo where we train and teach, The Academy of Traditional Karate. MJ was 15 at the time and being promoted to Joshu Shoban (Jr. Black Belt) in kobudo. He performed Fuso Kumi Bo with his very talented fellow kobudo student Tommy Lee.

The below video shows a demonstration of the basic kobudo bo drill, Fuso Kumi Bo that we performed in 2012. This video was shot when our dojo, The Academy of Traditional Karate, gave a karate and kobudo presentation at our local farmer’s market in Wilmington, MA. In this video I’m demonstrating the attacking side of the drill while MJ demonstrates the defending side.

After the attacker makes the first strike the defender goes on offense and begins to drive the attack backward through the first half of the drill.

Now the attacker goes back on offense and drives the defender back to the starting position.

Defender Strikes Back with 5-Strike Combination

The attacker goes on offense again and drives the defender back another step.

Defender Strikes Back with 5-Strike Combination

Attacker Goes Back on Offense Again

The attacker takes the offense gain driving the defender back.

The following PDF reference sheet is a single condensed page to use as reference while learning and practicing the drill. It is useful to help you remember what all the moves are until they are committed to muscle memory or for review to remember them after returning to the drill if it hasn’t been practiced in a while. I had created this reference sheet when I was first learning the drill myself. I hope it helps you as much as it helped me. 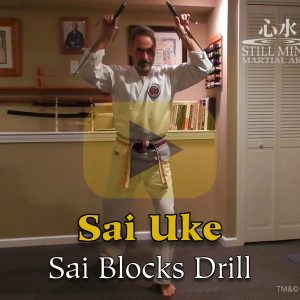 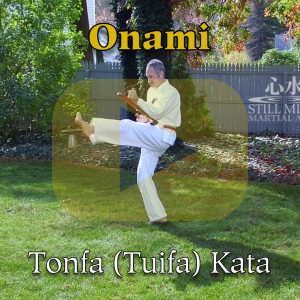 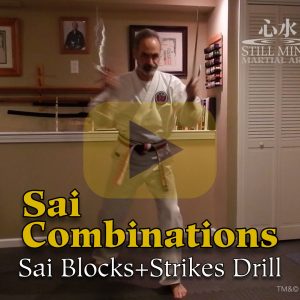 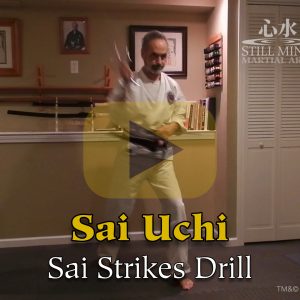 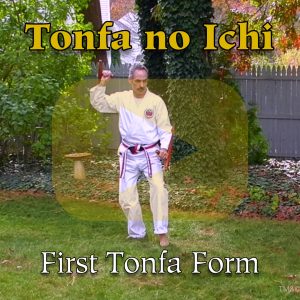 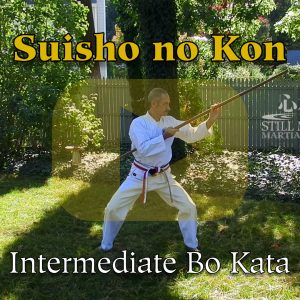